What to expect from a domestic flight in Tanzania

A real adventure: what to expect from a domestic flight in tanzania

When visiting Tanzania in the final months of 2019, we were looking for the perfect mix between some adventure and a relaxed holiday. Well, that combination is quite common in Tanzania as many visitors (including us) combine a safari with visiting Zanzibar for some additional culture in Stonetown (check out a complete Stonetown Walking Tour here) and heading to the beach. At first, we were planning on traveling to the Usambara Mountains on the way there, but unfortunately, travel time was too long. Conclusion, in the end we decided to fly from Arusha (starting point of many safaris) to Zanzibar. And let’s say, we figured that we had no idea what to expect from a domestic flight in Tanzania. We booked a last minute flight (1 day before) and actually didn’t do a lot of research about the flight. We knew what time we had to be at the airport and arranged a transfer with the taxi guy we used to get around Arusha.

I can imagine you are curious how this works when taking a domestic flight, so I’m happy to share my experiences with you!

First of all, we booked our ticket with Air Excel through Viva Air and only paid around 35 euros a person for a one way flight, booked the day before departure.

When arriving at the airport, it wasn’t what we expected. Don’t get me wrong, we didn’t expect a fancy airport in a place like Arusha but a sandy underground and a security scan in a tent wasn’t what we expected. Checking in doesn’t go as usual. Before entering the airport, there is a quick security scan as seen on the picture. When arriving inside, we arrived in the general hall. We had to head to a small desk (well, more a person than a desk) where we got our boarding pass. They were weighing our hand luggage and our cabin luggage and seemed to be quite strict with the maximum weight (all your bags together and also hand luggage was part of the total kilos you were able to take). 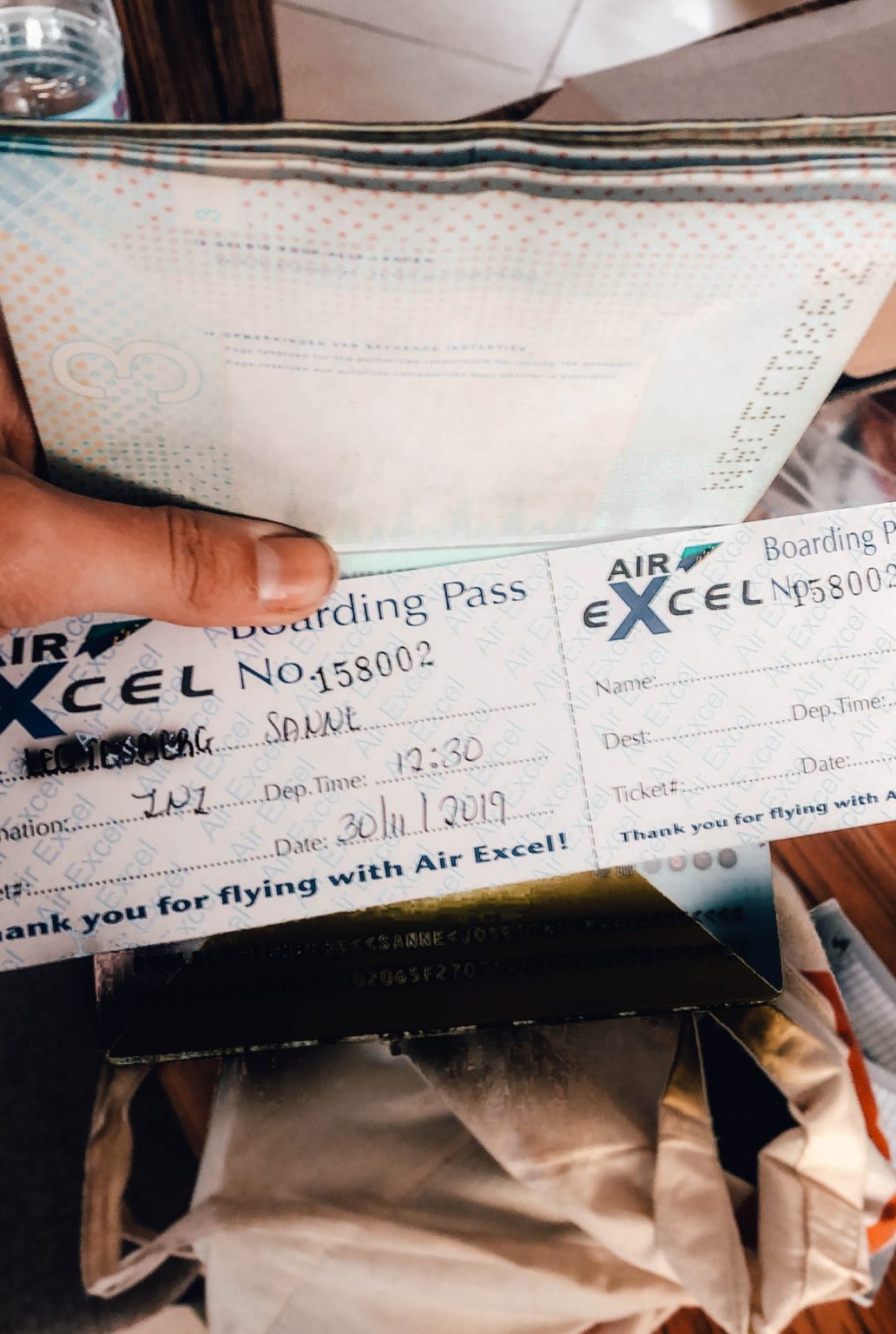 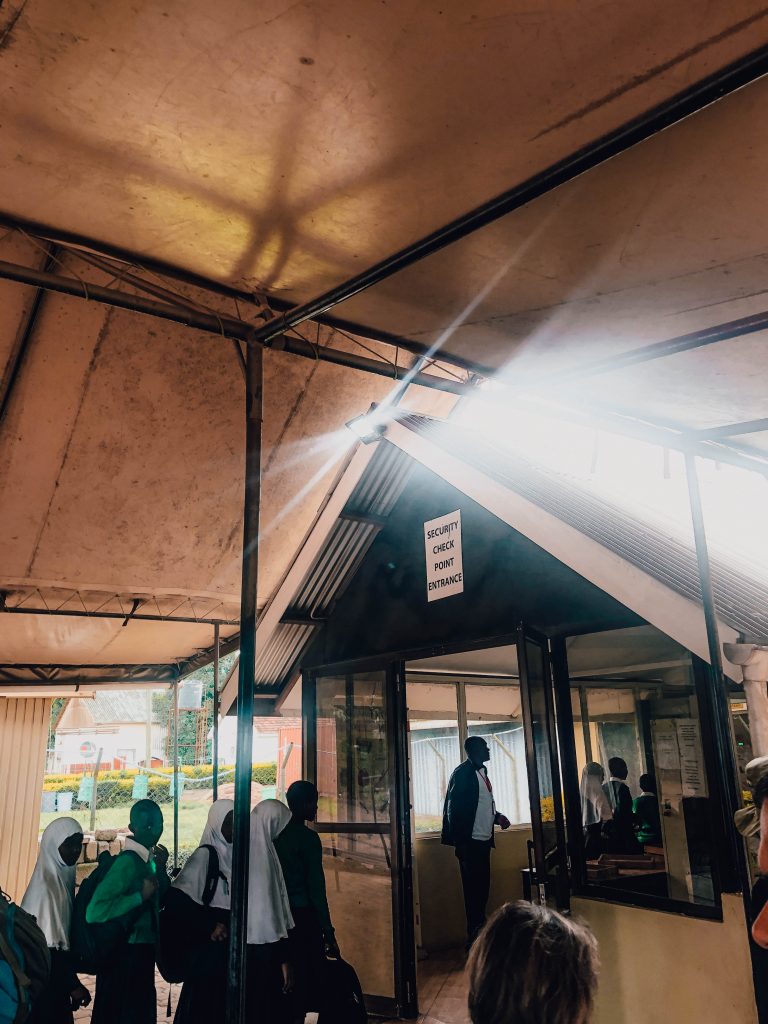 The airport it self was not much. There was one big area (mainly outside) with a bar/restaurant where you were able to get a beer/coffee/snack/lunch. Next to that area, as displayed on the pictures there was a small shop. Next to the shops, there is an entry towards the gate. There is only one gate at the airport where you will wait for all your flights. Be prepared, there are no screens telling you where to go and when your plane is leaving! 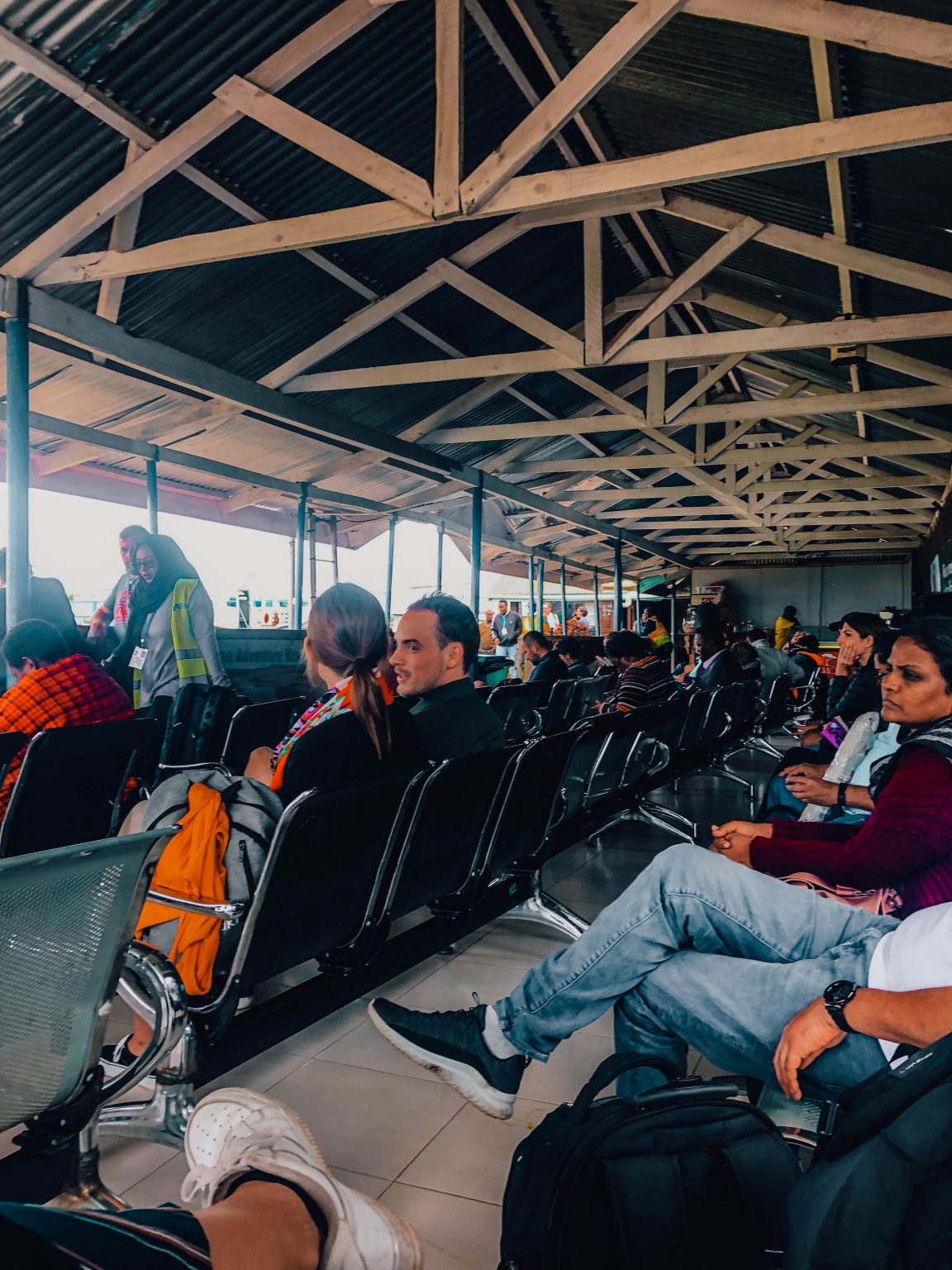 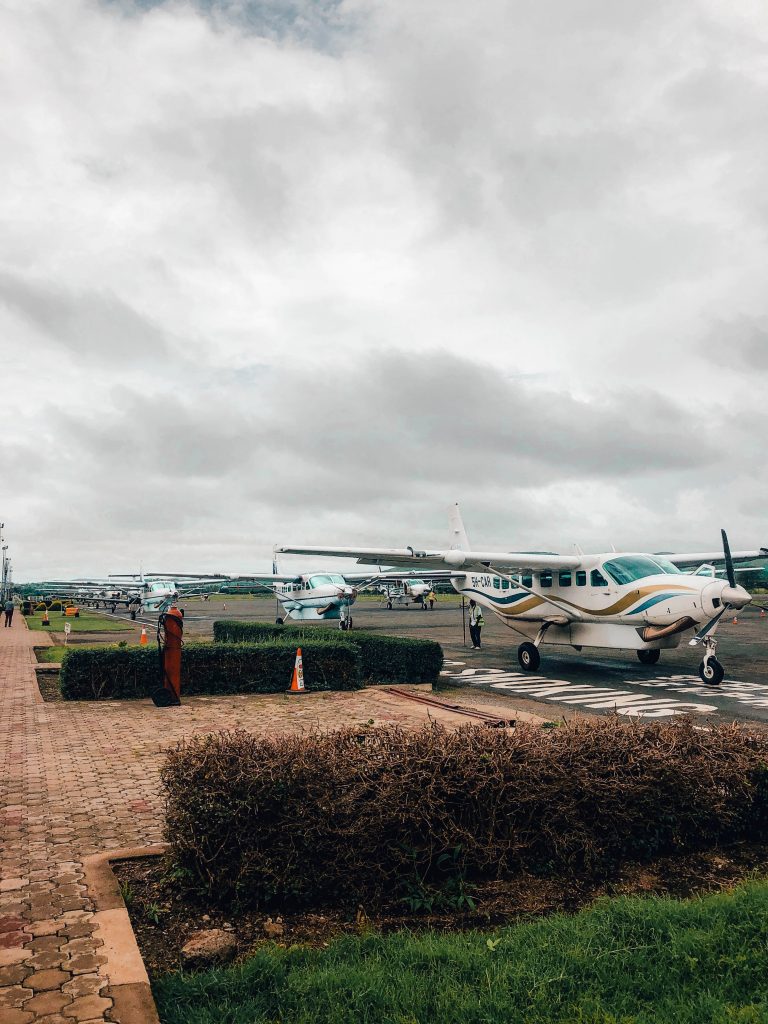 Well, here the most exciting bit starts – which was also the part that surprised us most. As explained before, there are no screens available that pass you boarding information. You have to pay attention to the stewards walking around and picking people from the boarding area to head to their flight. Don’t ask me how they know who is on which flight, but apparently they do. By the moment, you are called towards the plane, you follow them along the path to where your plane is departing. We were a little bit stubborn and stressed and followed a different group that was leaving at approximately the same time. But, they didn’t like that too much. In the end, we also figured our flight was delayed by about 45 minutes. Summarizing, just trust on the stewards, they will guide you to the plane when the time is there. However, it never hurts to ask about the process so you feel slightly more comfortable

When we were flying from Zanzibar to Dar Es Salaam, we had a slightly larger plane, which also meant that the announcement was a bit more clear. Everything described prior to this, was focussed on a plane that fits around 20 persons. 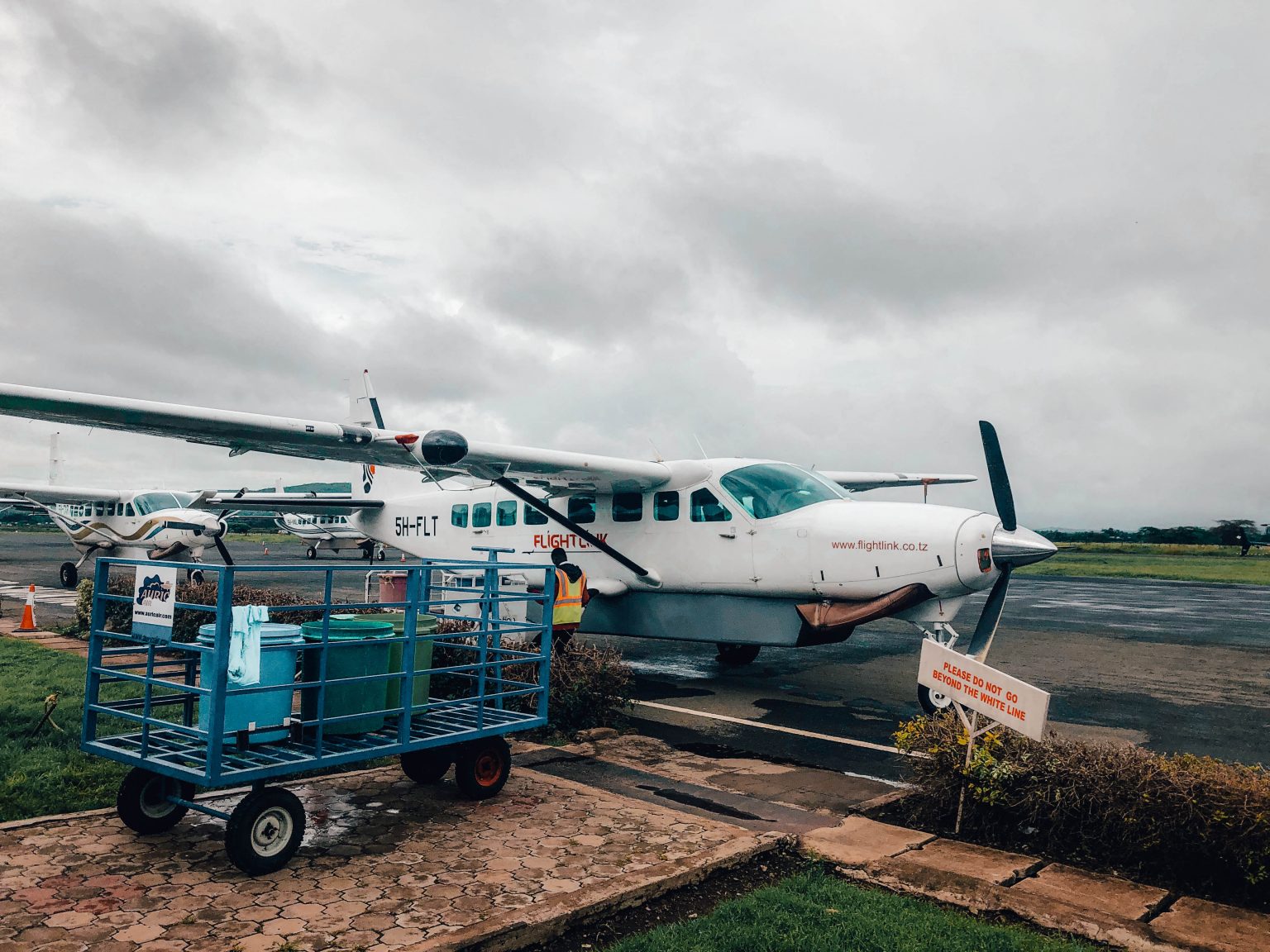 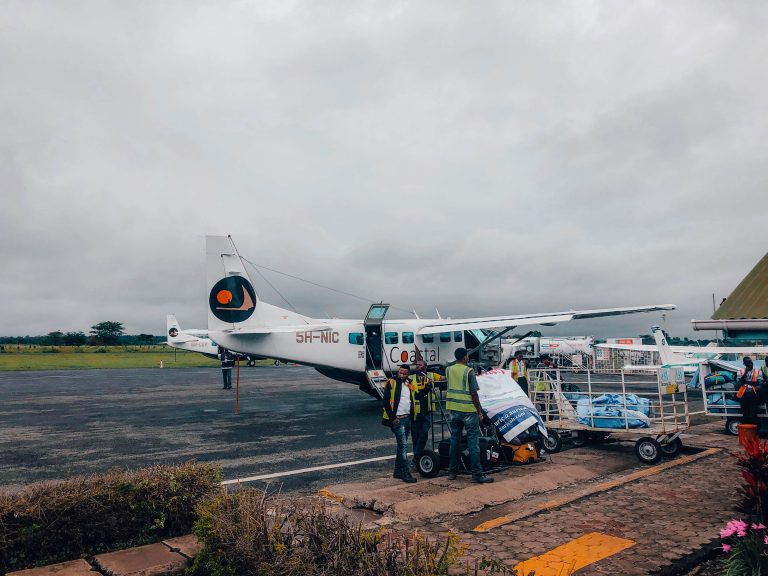 Next on, the flight itself. Call me a little bit unexperienced, but I never – NEVER – expected that we would be in a plane this small with no own room for the pilot. We even had a passenger sitting next to the pilot, which also meant there was no co-pilot on the flight. It really felt like we were in some kind of simulator. Even though the experience was in the beginning quite nerve wrecking, I did love the flight! It is certainly an unforgettable experience and even that might be a reason to take a domestic flight in Tanzania. 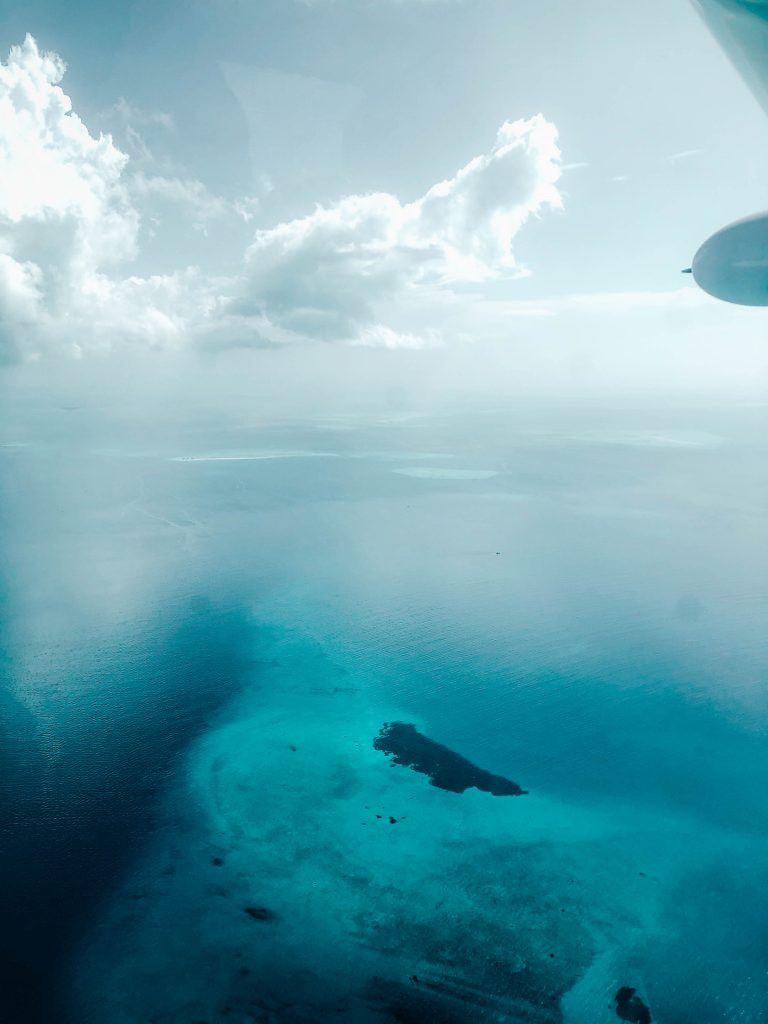 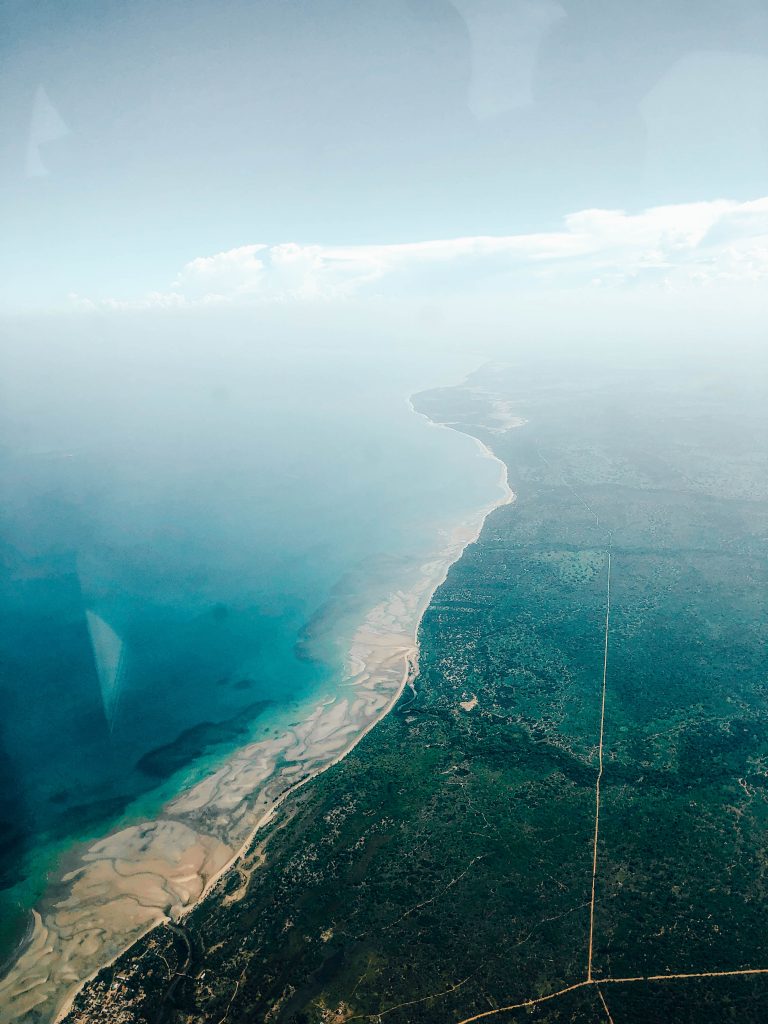 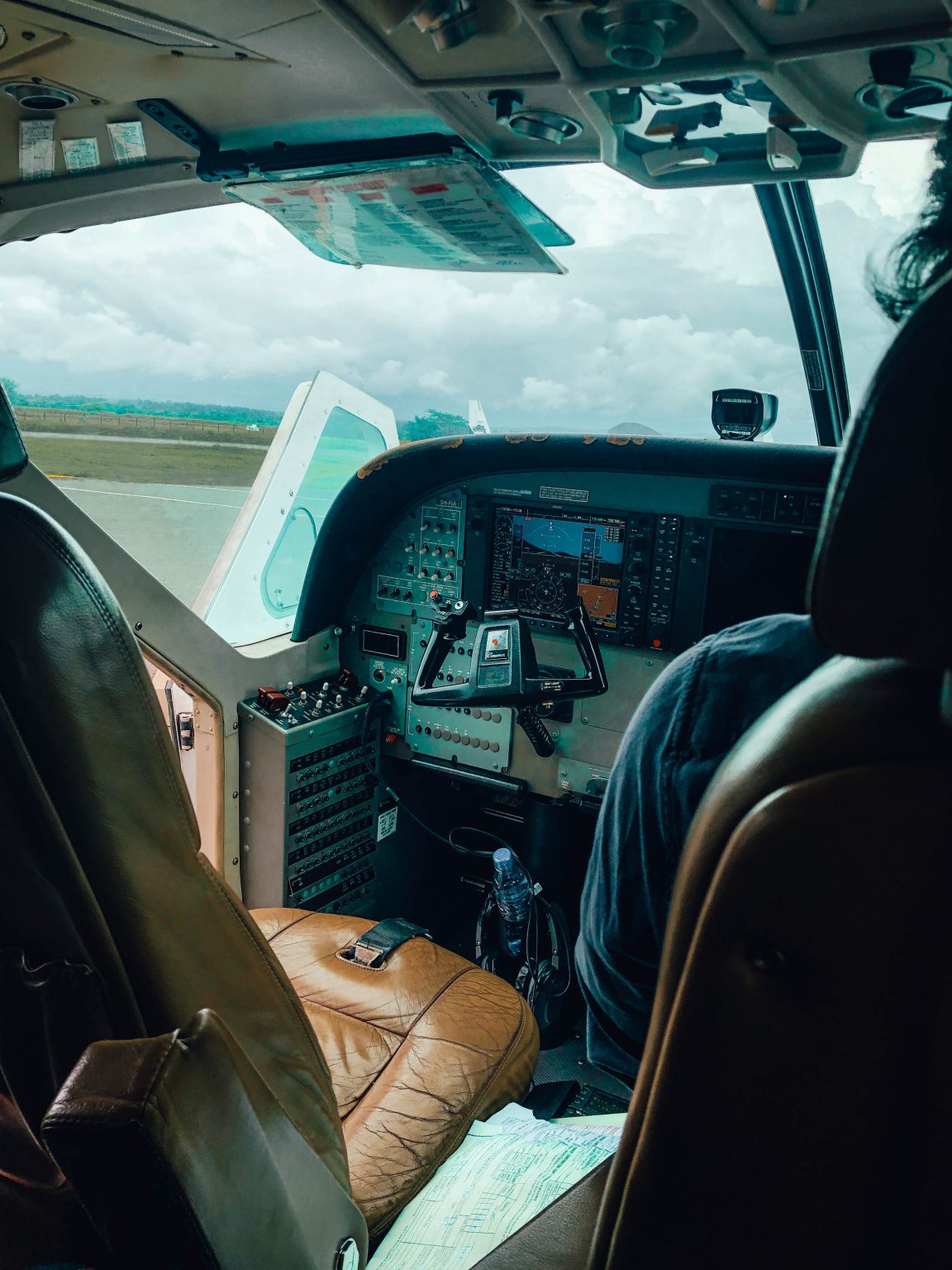 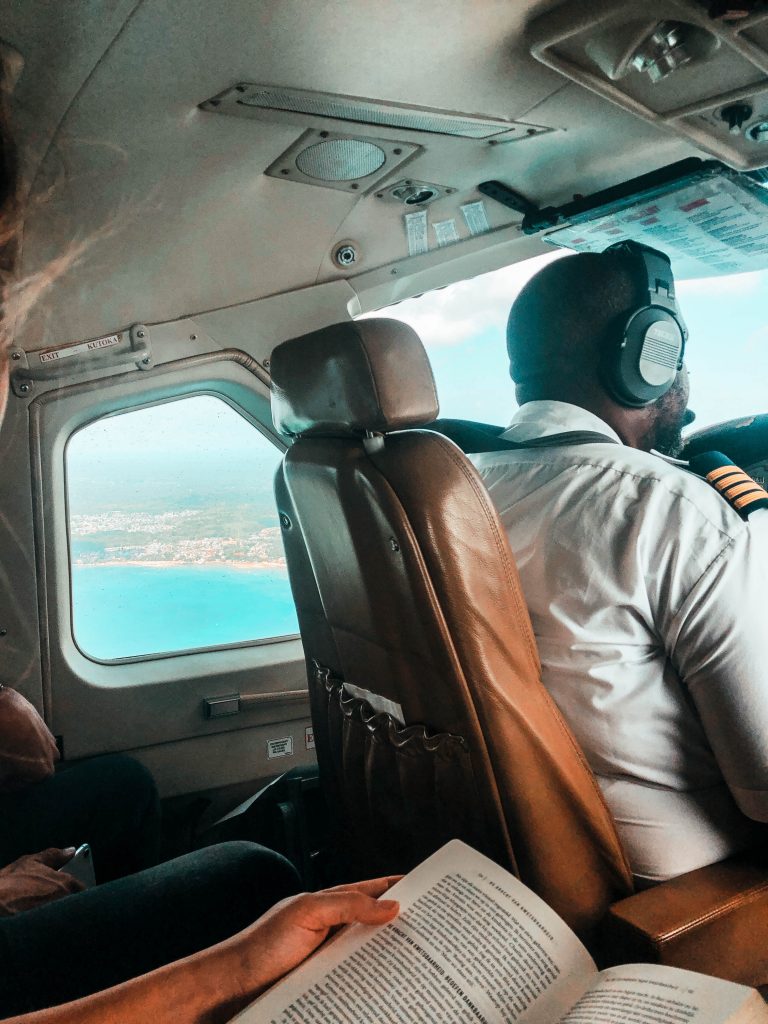 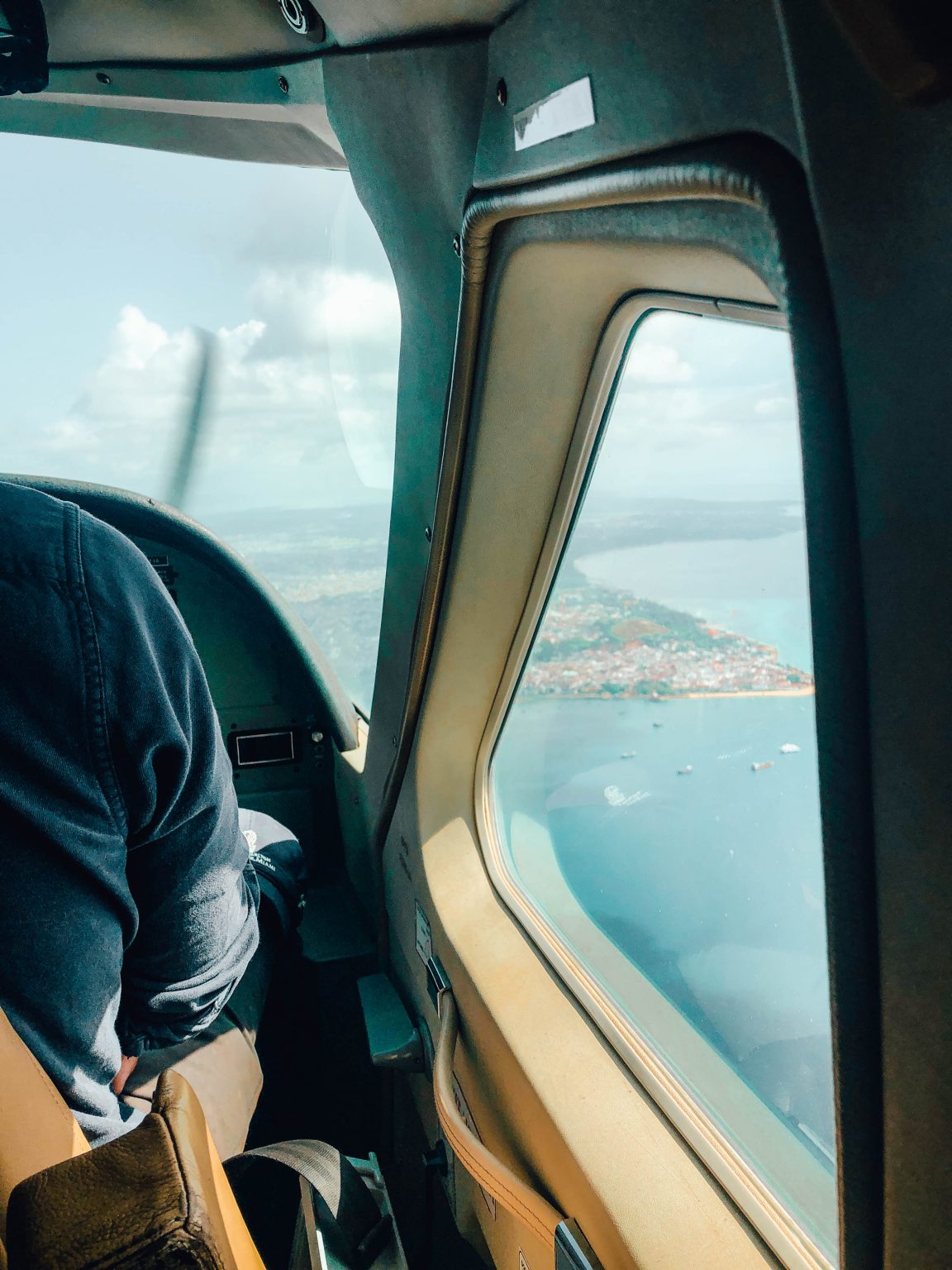 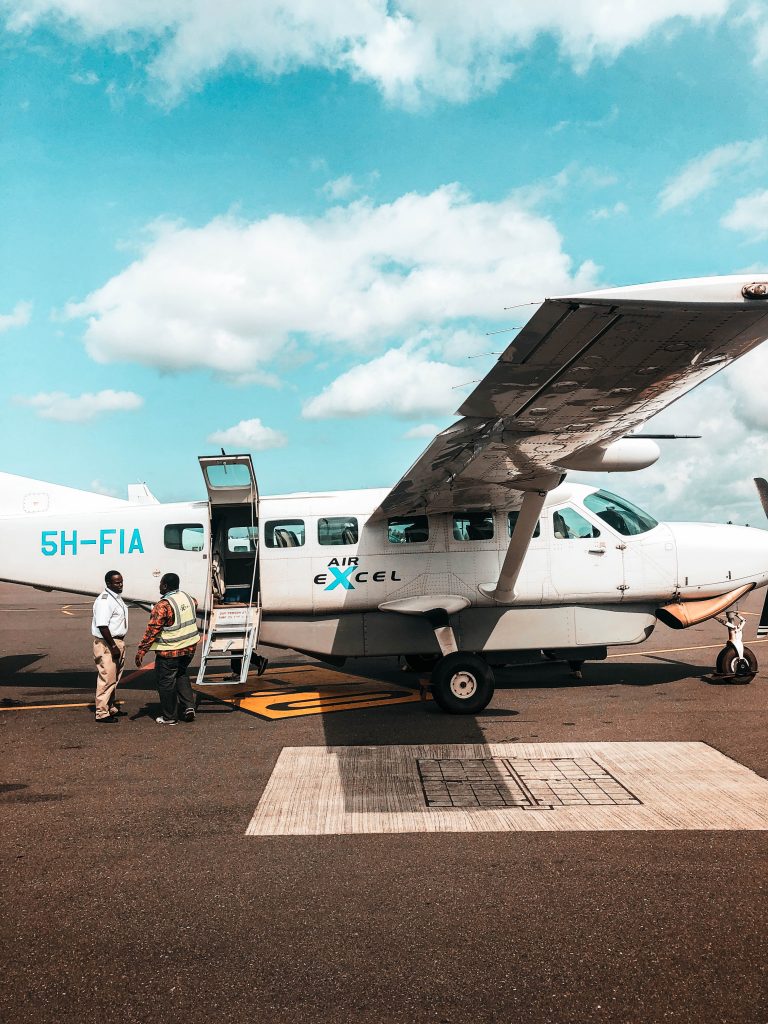 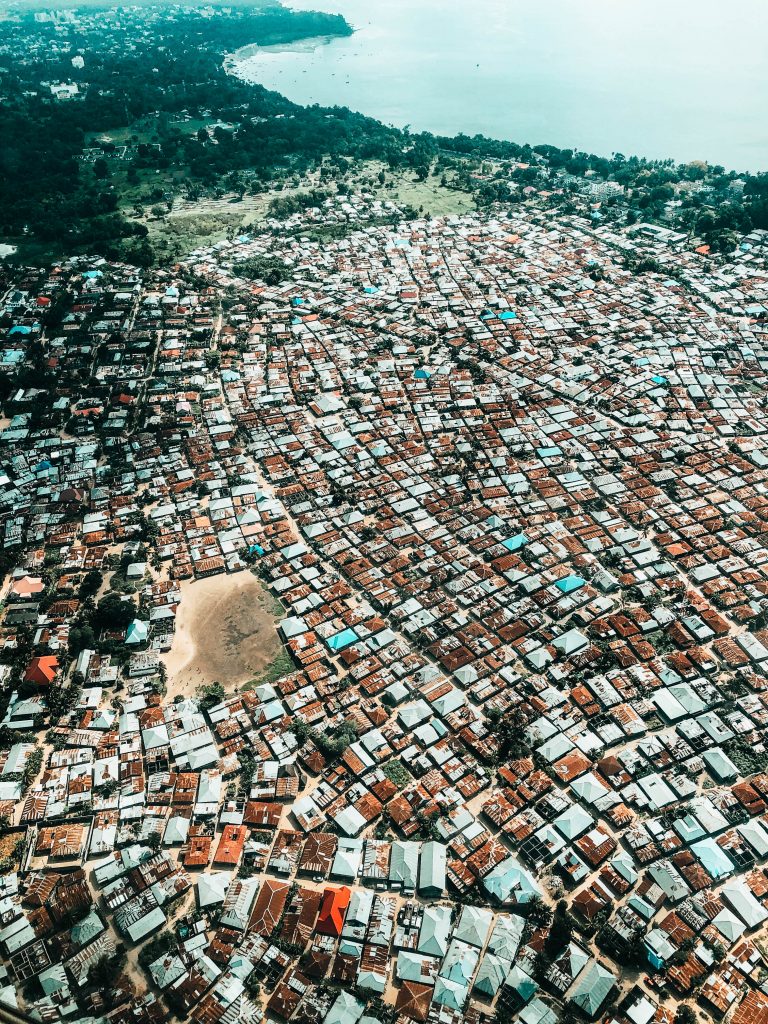 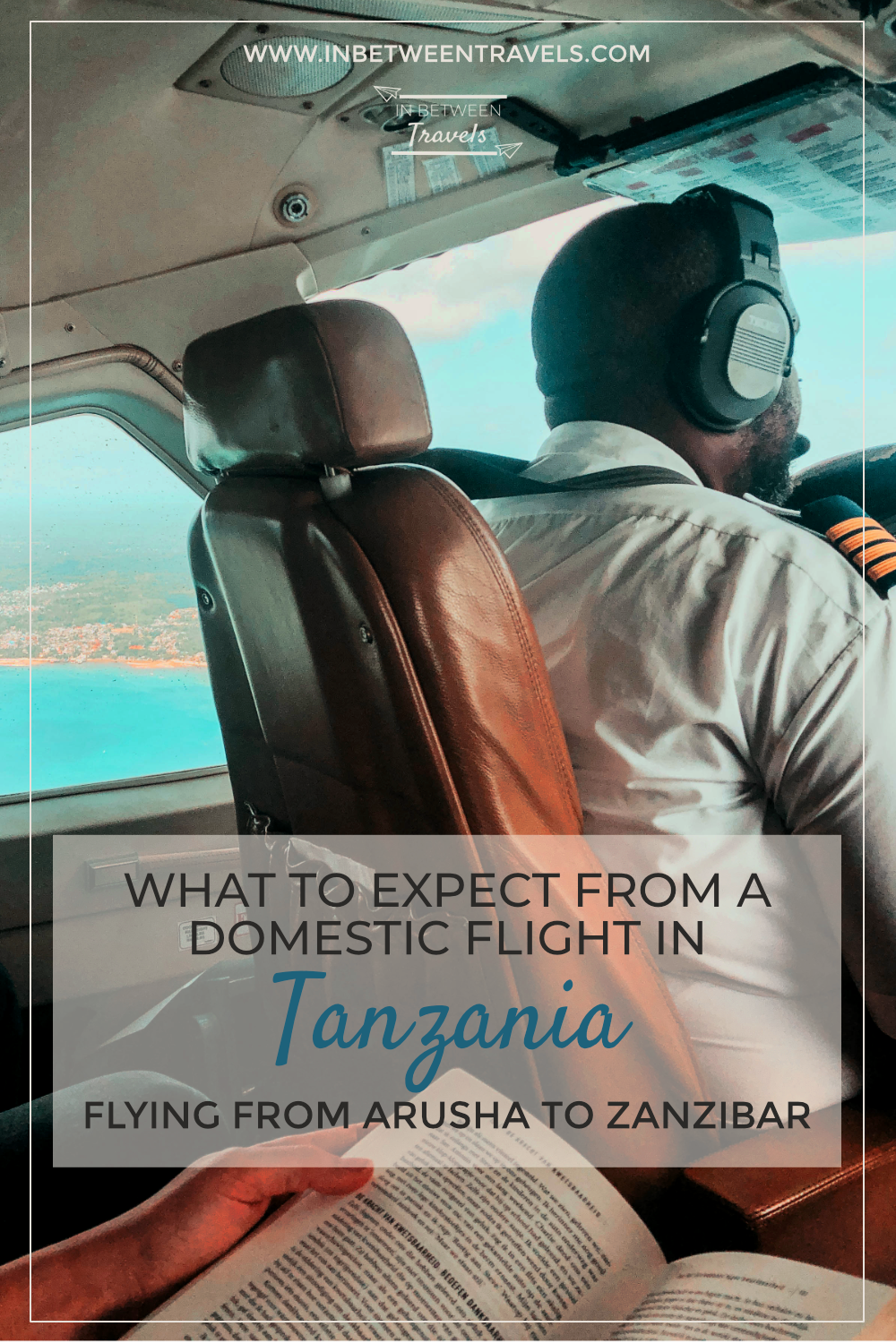 Where to stay in Zanzibar, Tanzania – Great places to spend the night

In and around Lake Louise: Travel Guide

PrevPreviousHike the Utrechtse Heuvelrug, The Netherlands | NS wandeling
NextWhere to stay in Zanzibar, Tanzania – Great places to spend the nightNext

Any cookies that may not be particularly necessary for the website to function and is used specifically to collect user personal data via analytics, ads, other embedded contents are termed as non-necessary cookies. It is mandatory to procure user consent prior to running these cookies on your website.